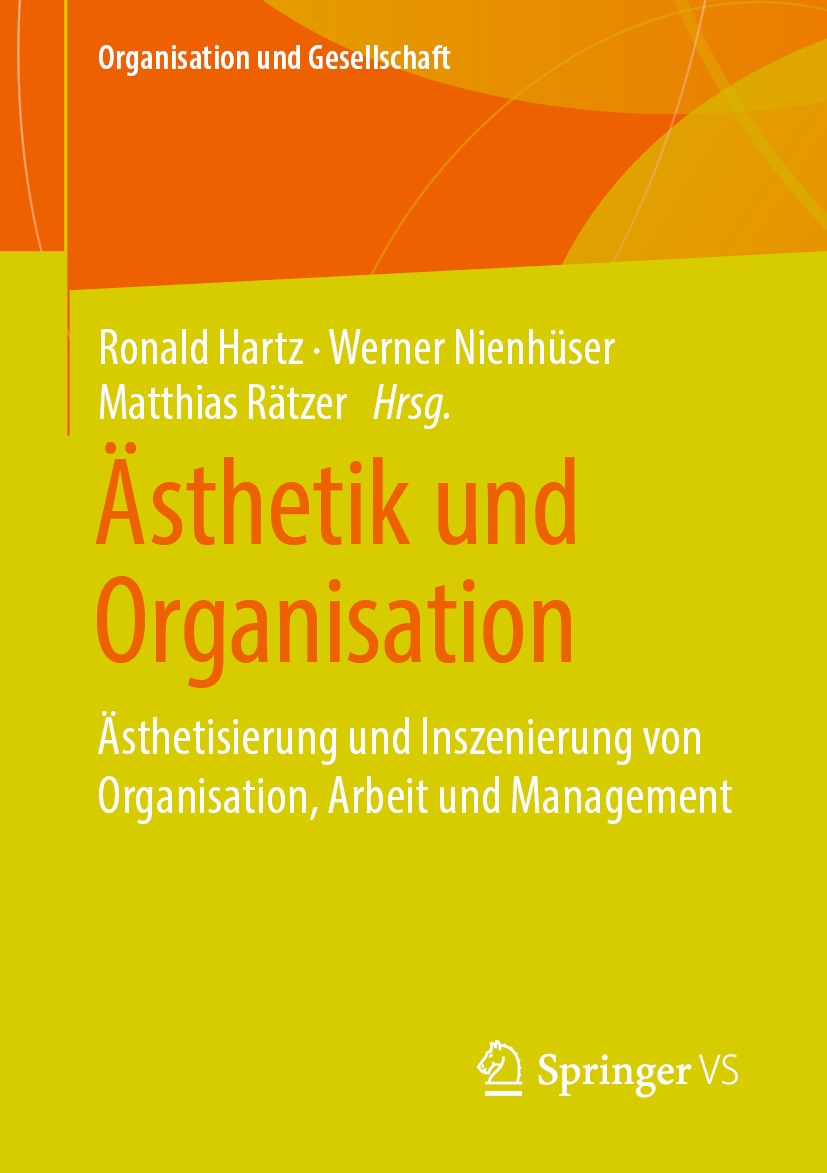 Looking forward to this workshop, organized by Simone Schiller-Merkens and Philip Balsiger, and to a lot of interesting topics and speeches,  taking place at Witten/Herdecke University this Thursday and Friday!

The aim of this research workshop is to look more deeply into the kinds of alternative organizing models for and in the economy that are currently discussed in the social sciences, and to explore their implications for markets and organizations.

You can find more information and the full program here:

The University of Wisconsin Center for Cooperatives (UWCC) works on a project to explore, map and visualize the landscape of cooperatives in the United States.

Take a look at these interesting maps and datas right here:

Any information about similar attempts for other nations, branches or regions is always welcome!

The 7th International Degrowth and 16th ISEE Joint Conference takes place from 1 – 5 September 2020 at The University of Manchester, UK. Deadline for the submission of sub-themes is 30th October. More information:

Here is the video of of the Public Lecture of Bruno Latour that was held in Leicester on the 3rd of June:

Labor Process Theory is one of the most prominent critical approaches in Management and Organization Studies. The 37th International Labour Process Conference will be held in Vienna from 24-26 April. You can find the full programme here:

CALL FOR PAPERS FOR A SPECIAL ISSUE OF ORGANIZATION

‘Theoretical Perspectives on Organizations and Organizing in a Post-Growth Era’

The purpose of this special issue is to broaden and intensify the discussion of ways humanity might disengage from the putative imperative of unbridled economic growth. In the course of the last century, this imperative has come to dominate the priorities of scholars, policy-makers and ordinary citizens. The assumption that economic growth is an absolute requirement of the global political economic system is so entrenched that it is rarely questioned by mainstream economists (Daly, 2013) and is perhaps even more taken for granted in the field of organizational and management studies. Growth forecasts are de rigueur both at the macroeconomic level and at the industry or corporate levels. However, as Jackson (2009: 123) points out, mainstream economics is ‘ecologically illiterate’ because its preferred indicators of success, like Gross Domestic Product (GDP), that purportedly reflect a ‘strong’ economy, do not account for ecological destruction and the undermining of the quality of life on earth that inevitably accompanies unbridled economic growth. Even alternative measures of success, like the Genuine Progress Indicator, that attempt to quantify so called externalities and weigh in positive social and environmental contributions (e.g., housework and child care) and the Sustainable Development Goals developed by the United Nations do not systematically question the primacy of growth (Banerjee, 2003; Jermier, 1998; Reichel et al., 2016). To illustrate, the UN Sustainable Development Goals have ‘sustainable growth’ targets assessed with GDP. Similarly, the influential Stern report (The Economics of Climate Change) claims that ‘the world does not need to choose between averting climate change and promoting growth and development.’ Even more audaciously, Stern claims that ‘with strong, deliberate policy choices, it is possible to decarbonize both developed and developing economies on the scale required for climate stabilization, while maintaining economic growth in both’ (Stern, 2006: xi). As Fournier (2008: 529) puts it, perhaps it is the ideology of growth – ‘a system of representation that translates everything into a reified and autonomous economic reality inhabited by self-interested consumers’ – that is the problem.

To escape the tyranny of narrow conceptions of growth, we believe it is necessary to critically re-examine economic and social relations in organizations and relations between organizations and the natural environment. Hence, for this special issue, we invite scholars to reflect on how economic growth is conceptualized (implicitly or explicitly) in existing theoretical frameworks and in the paradigmatic underpinnings (often functionalist) of these frameworks. Relatedly, we think it is essential to reimagine organizations and their impacts under macro-economic conditions characterized by decoupling of resources, steady-state system dynamics, or even conscious degrowth1—which requires a radical paradigm shift and other fundamental changes that can elevate human happiness, well-being, quality of life and other non-economic criteria from the periphery to the center of organizational analysis.

Critiques of unbridled economic growth are not new. The radical notion of degrowth, (décroissance–meaning economic contraction or downscaling—Latouche, 2004), however, presents organizational and management scholars with a paradigmatic challenge and with opportunities to reframe the field and its core set of assumptions. Degrowth is not a particular theory as such but can be described as mot obus, a ‘word grenade’ or ‘missile word’ that aims to create new visions of social, ecological and economic transformations; it is ‘a political slogan with theoretical implications’ (Latouche, 2009: 7). Degrowth authors challenge institutions that frame the economic, political and cultural dimensions of capitalism and neoliberalism, arguing that our current institutions have created the social-ecological crises we now face. Degrowth thinkers question the ongoing relevance of these institutions and their effects in their current (and incrementally reformed) configurations. For example, advocates of degrowth challenge the assumptions of green growth and sustainable development and argue that it is not possible to decouple economic growth from material and energy flows.

In ecological economics, degrowth is described as an ‘equitable downscaling of production and consumption that increases human wellbeing and enhances ecological conditions at the local and global level, in the short and long term’ (Schneider et al., 2010: 513). However, degrowth is not just about producing or consuming less but also involves a repoliticalization of the economy and a radical break from conventional economic thinking because growth economies and societies do not know how to degrow (Fournier, 2008; Latouche 2004). Degrowth distinguishes well-being and prosperity from economic growth and aims to promote economic democracy and social justice and a ‘concern for a fair distribution (intergenerational and intragenerational) of economic, social and environmental goods and bads at all time-lines’ (Demaria et al., 2013: 202). Degrowth is not the same as austerity, which is a neoliberal project. In fact, as Chertkovskaya et al. (2017: 200) point out ‘arguments for austerity are always made in the name of growth’. More radical concepts related to degrowth include sharing, simplicity, conviviality, care, the commons, new forms of cooperatives, production for use, voluntary rather than wage labor, gifts/barter rather than profit (D’Alisa et al., 2015; Fournier, 2009). The emphasis is not on ‘less’ but ‘different’: ‘different activities, different forms and uses of energy, different relations, different gender roles, different allocations of time between paid and non-paid work and different relations with the non-human world’ (D’Alisa et al., 2015: 4).

Critiques of growth that emerged in mainly European contexts are also closely related to critiques of development in Latin America and Asia. Advocates of ‘post-development’ call for alternatives to development rather than development alternatives and the need to decenter development as a central discourse that represented reality for much of the global south (Escobar, 2011; 2015; Esteva et al., 2013; Sachs, 1992). Alternatives include movements like Buen Vivir (Gudynas, 2011; Kothari et al., 2015; Peredo, 2018), which emerged from indigenous struggles against development projects in Latin America and which reflect indigenous ontologies that require ‘the subordination of economic objectives to ecological criteria, human dignity, and social justice’ (Escobar, 2015: 455).

But there has been much less consideration of how organizations, as social institutions, serve the dominant growth assumption and give it momentum. Organizations that arise, survive and perhaps even flourish in an environment where the need for continual growth is taken for granted are shaped by that environment in ways that may not be transparent to their members. These considerations apply to organizational forms in general, but they arguably come to a head with business models. It is significant that in a special issue concerning ‘Business Models for Sustainability’ (Organization & Environment, 2016), some papers made no mention of growth or saw it only in terms of a standard requirement of business; one saw ‘de-coupling economic growth from physical resource consumption growth’ as something ‘that might need to be considered in future business models’ (Wells, 2016: 40); two papers devoted somewhat more attention to the possibility that growth might need to be limited (Gauthier & Gilomen, 2016; Upward & Jones, 2016); another suggested that organizational forms might be used to address concerns about growth (Abdelkafi & Täuscher, 2016). And after nearly 25 years since the establishment of Organizations and the Natural Environment (ONE) as a division of the Academy of Management, we have seen only occasional arguments that fundamentally challenge dominant views of organizations (and the growth imperative) or that provide alternative paradigmatic and critical theory perspectives: the primary focus of ONE research is on incremental change and ‘managing’ environmental issues (Banerjee, 2011, Jermier, 2014). It is hard not to see a gap here.

Imagining a society without growth poses an immense challenge. Conventional economic wisdom tells us that resisting growth leads to poverty and economic and social collapse. Yet, ecological wisdom posits that unbridled economic growth leads to economic collapse and social collapse. Alternative visions call for abandoning an economy based on accumulation and embracing an economy of restoration and distribution. If advocates of narrow concepts of growth claim that ‘growth is a substitute for redistribution’ (Hickel, 2017), then the task in a postgrowth era is to create a system where redistribution becomes a substitute for growth. How this is to be achieved remains a profound challenge for society and organizational scholars. Proponents of the degrowth initiative argue that it clearly calls into question the capitalist assumptions prevailing in the industrialized world (Boillat et al., 2012). Others maintain that the degrowth movement allies with calls for ecological justice, another fundamental challenge to prevailing economic arrangements at all levels (Martinez- Alier, 2012).

Our aim for this Special Issue is to invite scholars from different disciplines to address these challenges. Are there theoretical resources in the management and organizational studies field (and/or in source disciplines) that generate new and fruitful questions about degrowth? Can the degrowth and post-growth paradigm enrich theoretical thinking about organizations and organizing? Are there new empirical questions that flow from the juxtaposition of the growth critique literature and the mission and typical subject matter published in Organization? We are seeking theoretical and empirical papers that harness the growth critique literature and elaborate it in new and bold ways of relevance to organizational and management studies scholars and to scholars in related fields. We invite papers that explore a wide range of themes and questions including the following:

Submission to the special issue

The final three articles of our Special Issue on „Post-Growth Organizations“ are published now. Many thanks to all the contributors and the reviewers!

The first part of the Special Issue (including the Editorial) can be found here: