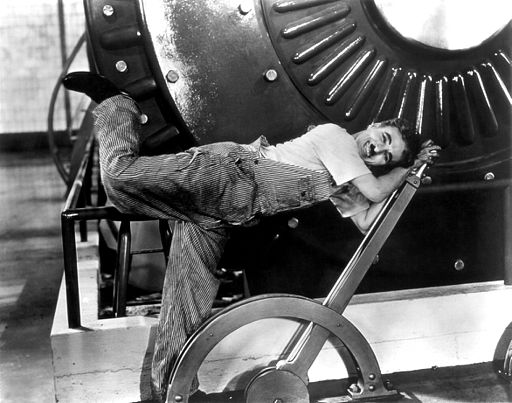 Parker, M. (2002). Against management: Organization in the age of managerialism. Polity Press.

We are pleased to announce that our Call for Papers for the CMS Conference 2019 is now online. Deadline for Abstracts is the 31st January 2019:

SUB-THEME 2: Between subjugation and emancipation: Recognizing the power of recognition

Recognition is an important factor shaping individual and collective well-being, dignity and flourishing, both within organizations and in society more generally (Honneth 1996; Fraser and Honneth 2003; Sayer 2007a, 2007b). For many researchers on management and organizations, recognition is an implicit “affirmation of the social-affective bond between members” (Islam, 2012: 38). Recognition is constitutive for people’s identity-building, their sense of dignity and corresponding self-respect (Grover, 2013; Hancock, 2016; Holtgrewe, 2001; Islam, 2013; Sayer, 2007a). Considered as fundamentally interdependent, people are viewed as “needy beings” that are capable of suffering and flourishing depending on other´s recognition (Sayer, 2007b: 23). Recognition is understood as the intersubjective acknowledgement of value of a person´s behaviours, actions and identities, which supports “a feeling that one is living a worthwhile life and a confidence in one’s ability to do what one considers worthwhile” (Sayer, 2005: 954). Recognition is thus inevitably aligned with a moral dimension of society, economy and organizations as it refers to basic notions of how people should treat each other (Honneth 1996; Sayer, 2005). One of the most elaborated ways to anchor the idea of recognition in social theory was provided by Axel Honneth (1996), an intellectual successor of the Frankfurt School and critical theory. For Honneth, the struggle for recognition, as both a cognitive source for subjectivity and an affective basis of self-esteem, is part of the human condition and one of the drivers of social progress and betterment (Honneth 1996; Fraser and Honneth 2003).

However, recognition is also discussed in the French tradition of structuralism and poststructuralism, which conceptualizes recognition as basis of the development of self-consciousness and identity-building inescapable linked to forms of subjugation and power (e.g. Althusser, 2014 [1970]; Foucault, 1982; Butler, 1997). From this perspective, people’s desire for recognition is intermingled with power and control mechanisms that serve the perpetuation of societal as well as organizational power structures and domination. Organizations are one of the important economic and social formations “[w]here social categories guarantee a recognizable and enduring social existence” (Butler 1997: 20). But, as Butler continues, “the embrace of such categories, even as they work in the service of subjection, is often preferred to no social existence at all” (ibid.). Giving voice to the complexities arising from these two traditions of thinking about recognition, our stream aims to develop a more fully-fledged notion of recognition at the workplace. We welcome conceptual and empirical papers that deal with questions of recognition at the societal, organizational or individual workplace level and which pay tribute both to the emancipatory and subjugating character of recognition. Related topics can be various and could address, but are not restricted to the following questions:

Please send abstracts or any questions to Gabriele Fassauer (gabriele.fassauer@tu-dresden.de).

Your abstract should include:

– The focus and objectives of the paper

– How the paper will contribute to the theme

Althusser, L. 2014. On the reproduction of capitalism. Ideology and ideological state

Honneth, A. 1996. The struggle for recognition. Polity Press, Cambridge (MA).

The  essay  starts  with  the  observation  that,  despite  the  omnipresence  of  criticism,  critical
practice  is  on  a  notoriously  fluctuating  ground.  Even  more  the  propagated  lack  of  social
alternatives  and  a  dominant  cynical  consciousness  turns  critique  to  a  rather  naive  and  dull business.  Regarding  organizational  research,  the  perspectives  of  immanent  criticism,
Foucault’s  genealogy,  and  critique  as  world-disclosure  are  discussed  to  give  the  critical
practice sharper outlines. With world-disclosure devoted to the visualization of heterotopies,
that is of alternative forms of organization, a critical practice is suggested which undermines
the  opposition  between  affirmation  and  permanent  criticism,  and  thus  contributes  to  a
revitalization of critique.

*Introduction To The Special Issue: The evolving debate about critical performativity*

*Conditions for critical performativity in a polycontextural society*

*Abstract.* This paper argues that practice, not science, decides the performativity of science. The argument is inspired by Austin’s question of what it is that gives language its performative force. What are the conditions which connect sentences to certain effects? Advancing this question from the level of sentences to a societal level, and taking inspiration from the failure of Marxist notions of the relation between theory and practice, the paper suggests thinking critical performativity under the conditions of differentiation. This idea is qualified by means of Niklas Luhmann and his theory of a functionally differentiated – or polycontextural – society. Functional differentiation and polycontexturality mean that systems cannot communicate with each other; there is no real transfer of scientific knowledge into practice. Unhappy performativity is the rule. Based on this insight the paper discusses elements of a critical research strategy – under polycontextural conditions – and four guidelines for a critical science are suggested.

*How can performativity contribute to management and organization research? Theoretical Perspectives and analytical framework*

*Abstract.* The issue of performativity reverse the classical perspective in the social sciences, for they revolve less around describing a pre-existing reality than understanding how reality is produced by intentional interventions. Yet the link between intervention and performativity is by no means automatic. On the contrary, this approach encourages us to focus on the pragmatic conditions that allow this performation to be constructed. In this sense, the aim of this article is threefold. First, it expands the field of performativity, which is structured around three dominant approaches (Austinian, Callonian and Butlerian), to encompass lesserknown research on writing and calculation. Second, it proposes a comparison between theoretical perspectives of research on performativity, and two other research trends in social science and in organizations. These, without using the term performativity, present strong similarities to it from a theoretical and methodological point of view: Foucauldian approaches and instrument-based approaches to organizations. Based on the concepts thus introduced, this article then proposes an analysis framework for performation processes in organizations, articulated around three levels of analysis: i) the study, on an elementary level, of speech acts, acts of calculation, and acts of writing organized around instrumented activities; ii) their insertion within the management dispositifs that give them meaning and contribute to defining their boundaries; and iii) the putting into perspective of these dispositifs in historical transformations in forms of governmentality. This analytical framework is applied in the case of the car project referred to as L, an instance of collaborative research in which a crisis situation characterized by the disalignment between the elementary acts studied and the management dispositif implemented by the company was examine. This case illustrates a more general phenomenon in which management dispositifs produce negative effects on the skills dynamics in a company, and on individuals’ involvement in these collective projects. It also explains the infelicity of certain performative acts.

*Abstract.* To extend and enrich the debate on critical performativity, this paper proposes that critical management studies should create a strategic link with organisational aesthetics through an alliance with critical artists doing interventions in organisations. These artists produce social change at the margin of organisations and our task as critical researchers is to give a voice to their artistic action in the field of management. Art performance is presented as a research method and a political action able to give critical performativity a new impulse. Two dance performances in a bank are described and analysed: while the first one is a failure the second produces confusion and embodied tension in the bank’s lounges. The aesthetic tactics used in this art performance are counter-performative: dancers introduce slowness and hesitation of bodies in a context of extreme closure and discipline. Art performance is described as a deed: its only value is that it could be done, which calls for more artistic action in corporate everyday life.

*Abstract.* One of the most elementary way in which members in organisations are involved in their performances are their embodied and expressed relations and interactions. The paper shows how phenomenology can help to render explicit these incorporated experiences and dimensions of performances in organizational life-worlds. Particularly, Merleau-Ponty`s phenomenology allows to understand the interlacing role of body-related, interrelations of performing processes in and through organising. These embodied dimensions of performance will be demonstrated by examples of performative bodies at work. By concluding some perspectives on embodied performing in organisation are offered.

An interesting blog devoted to the Foucauldian concept of heterotopia: Heterotopian Studies

„The site is devoted to Michel Foucault’s ideas on heterotopia. Foucault outlines the notion of heterotopia on three occasions between 1966-67. A talk given to a group of architects is the most well-known explanation of the term. Overall, Foucault attempts to describe certain relational principles and features of a range of cultural, institutional and discursive spaces that are somehow ‘different’:  disturbing, intense, incompatible, contradictory or transforming. In a nutshell, heterotopias are worlds within worlds, mirroring and yet upsetting what is outside. Foucault provides examples: ships, cemeteries, brothels, prisons, gardens of antiquity, fairs, Turkish baths and many more.

Foucault presents a few thumb-nail sketches which he never develops into a coherent idea. And yet his tantalisingly brief words on the subject have provoked a cottage industry, producing dozens of interpretations and applications from many disciplines and professions throughout the world.

The site offers thorough on-going bibliographies, background information and resources, which are updated through my blog, a selection of personal reflections and essays and some of my own specific studies of sites related to gardens and cemeteries.“

You can submit an abstract or proposal (not more that 500 words) by Tuesday 28th February 2017 to florian@europa-uni.de. Decisions on acceptance will be made by 30th March 2017.

More information about the conference:

The Call for Paper: stream-20_organizing-outsiders-and-their-spaces-1